A Web3 Operating system with in-built trust and value transfers. 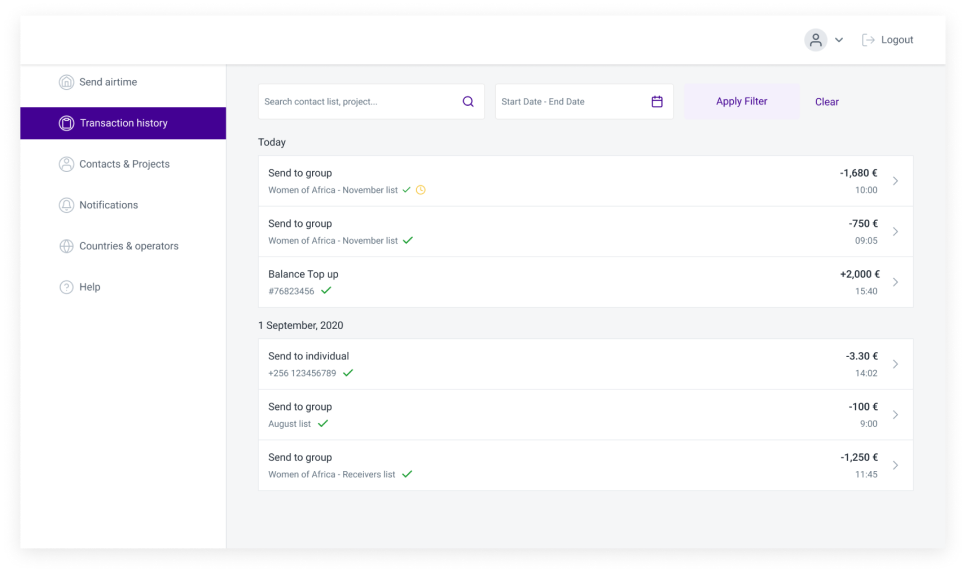 Why was Zippie founded?

We had noticed that while the internet gave almost everybody equal access to information, a very large part of society does not have access to financial tools to sell, buy and borrow equally on the/via the Internet.
We wanted to build easy to use tools that would bridge the gap between people and access to financial services by using their smartphones.
Blockchain obviously was the go to technology for this, but we soon realised that as a technology, blockchain was still very early and it was missing easy to use user experience.
So our first task was to build a layer on top of blockchain, which would make it very easy for anybody to use applications based on blockchain technologies. We also wanted to create a platform for application developers so that they could build their applications easily without a deep know-how of blockchain technologies.
The outcome of four years of development is Zippie payment and application platform, where users can easily sign up and start transacting in just a few seconds. Developers can also build their applications based on our platform with just basic web applications programming skills.

Zippie was founded, building a blockchain-powered Web3 Operating System. Zippie is one of the leading blockchain consumer solution developers in the world. Zippie’s wallet solution has been tested with more than 70 000 users and so far $5 million have been invested in the Zippie platform development work.

We launched our Airtime Network and E-money wallet in Kenya with our local regulated partner Jambopay.

We launched our first third party applications Lohko Wallet (lohkowallet.com) and MyPlanet (myplnet.green) on the Zippie platform and launched our Airtime Dashboard for businesses and NGOs to use.

We are one of the most tested and proven blockchain platforms in the world. Our Web3 Operating System is based on blockchain and other decentralized technologies, providing developers a framework of APIs to build their apps with programmable value. This enables application users the ability to interface with the value ecosystem in a decentralised and trustworthy manner. This is why we call it a Web3 Operating system. 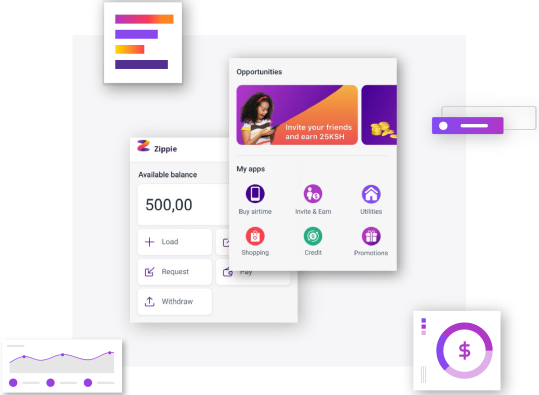 Blockchain enables free sending of value anywhere in the world within seconds, but until now it has been very difficult to use.
Zippie has built a blockchain wallet interface which enables anyone to send money just by sharing a link on WhatsApp, without user needing to download extensions, apps or know anything about the underlying technology.
Read More
See Less

IPFS is a new peer-to-peer filesharing system which ensures that all data is available in its original form and cannot be easily erased. Data on IPFS can be accessed even without internet connectivity.
Zippie uses IPFS to build such web infrastructure which can not be controlled or blocked by one party. This increases trust in multiplayer ecosystems.
Read More
See Less

Progressive Web Apps (PWA) feel like native mobile apps, and can be accessed like a normal website or an icon on app grid but without needing to download an app from app store.
Zippie is a PWA which makes onboarding new users as easy as visiting a website, minimizing drop-outs during onboarding and enabling the wallet go viral.
Read More
See Less

We use cookies on our website to give you the most relevant experience by remembering your preferences and repeat visits. By clicking “Accept All”, you consent to the use of ALL the cookies. However, you may visit "Cookie Settings" to provide a controlled consent.
Cookie SettingsAccept All
Manage consent

This website uses cookies to improve your experience while you navigate through the website. Out of these cookies, the cookies that are categorized as necessary are stored on your browser as they are essential for the working of basic functionalities of the website. We also use third-party cookies that help us analyze and understand how you use this website. These cookies will be stored in your browser only with your consent. You also have the option to opt-out of these cookies. But opting out of some of these cookies may have an effect on your browsing experience.
Necessary Always Enabled
Necessary cookies are absolutely essential for the website to function properly. This category only includes cookies that ensures basic functionalities and security features of the website. These cookies do not store any personal information.
Non-necessary
Any cookies that may not be particularly necessary for the website to function and is used specifically to collect user personal data via analytics, ads, other embedded contents are termed as non-necessary cookies. It is mandatory to procure user consent prior to running these cookies on your website.
SAVE & ACCEPT